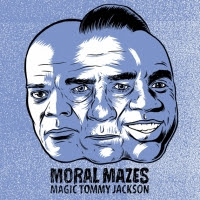 I think it's safe to say that very few records had such a lasting impact on me -- and as far as I know, on entire generations of mid-90's hard- and emocore kids -- as FAR's Water & Solutions from 1998. Funny thing is, though, that it took me until 2001 to find out about this masterpiece: I was enlightened by a roommate / friend who was into HELMET, DEFTONES, HANDSOME and all these rather big "major label bands" that diy hardcore kids like me didn't listen to until much later. This friend and I, we sort of traded our favourite bands: I gave him TEXAS IS THE REASON, JAWBOX and PROMISE RING and he introduced me to FAR, INCUBUS and DEFTONES -- all of which I fell in love with immediately.

As almost all of the great bands from that particular era are pretty much dead and gone now, you are left with two options: One, follow the singer/songwriter projects the frontmen of these bands started and get used to people half as old as yourself lighting their Bics at "intimate seated concerts" (yawn) or, second, hope for reunion shows and be disappointed because it will "never be as good as back in the days" (yawn).
Personally, I've always been very fond of a another option: Let the past be the past. Move on. And get a new band going.
Unfortunately, very few people share my opinion.

Being the exceptional artist that he is, Jonah Matranga is doing all of these things: He, first, has an impressive catalog of singer/songwriter releases, second, did an awesome "comeback album" with his old band FAR some years ago and, third, has been starting new bands and projects all the time.

As I liked MORAL MAZES' two song 7" on Bridge Nine Records sooooooooo much, I decided to get in contact with Jonah and see if he was into doing a mini-interview with me. Luckily, he took the time to answer ...

How did MORAL MAZES come together as a band/project and how did the 7" happen?
Jeff Dean wrote to me first, just asking if I'd want to sing over some music he'd written. They were good tunes, and he was being really nice and enthusiastic. When I heard J Robbins was involved I got even more curious. They were really patient with me, so I just listened to the tunes til melodies started arriving. I recorded the vocals in my bedroom, then sent the tracks to J so he could mix them in for real.


What is the title of the record, "Magic Tommy Jackson", all about?
Oh, haha, that was just me being silly on tour, realizing that I could mix up all those names in different ways. I got to thinking about race and celebrity and all sortsa fun stuff. The other guys were okay with it, so we went with it. I had a simple art idea, and then the Bridge9 guys had someone make a really cool version of it.


What are your short/mid term future plans w/ MORAL MAZES?
We're just keeping it loose, we're all really busy with other stuff. We've literally never even been in a room all together. We just love making music.


What other projects are you currently involved in? What's up with new releases from JONAH / ONELINEDRAWING / FAR?
I put out a onelinedrawing record early last year, and I'm working on tons of stuff now. The main thing I'm doing is actually this community called I.D.E.A.S. (http://jonahmatranga.com/ideas), just sending songs out to people directly and having a lot of fun with that. I'm gonna go and record some stuff more stuff with J and Zach from Burning Airlines, we'll see what happens with that. I'm just always looking to collaborate with people and see what we can cook up.


What does an average day in the life of Jonah Matranga look like?
Hmm. I've kinda built my life around avoiding anything too repetitive or structured. I don't have much money, but I have a lot of autonomy and freedom. When I'm home, I get up, move around some, maybe have a little solo dance party to get the blood moving, then pretty much sit down at the computer and keep in touch with people, send out orders, sing, all that fun stuff. I take care of everything associated with the music, so that keeps me happily busy. And sometimes I just go and walk by the ocean. That never gets old. 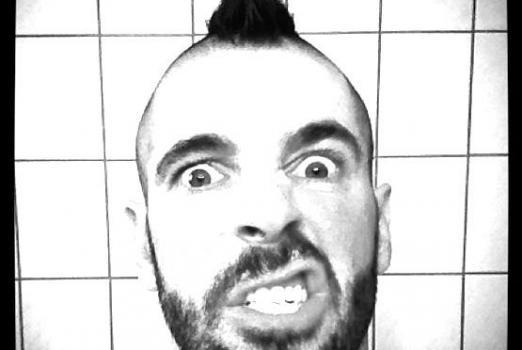 What is the song "The Long Way" about?
That was me being really frustrated trying to think of something decent from the song, so I just went into the frustration and self-doubt that, for me, comes with being creative. One thing I love about making stuff is getting to face those self-hating demons and turn them into songs.


The last five records you bought?
Kendrick Lamar's new one, this band Sylvan Esso cos my friend Matt told me to get it, and then some old stuff by Public Enemy, Jay-Z and Gnarls Barkley cos they were on sale supercheap.